Our client was arrested for attempted first degree murder by the Montgomery County Police. We were able to get him acquitted of all charges in State Court and successfully sue the Officers that arrested our client in Federal Court. After defeating a qualified immunity claim based on the Police having a valid arrest warrant, the County settled with our client for $300,000.00. 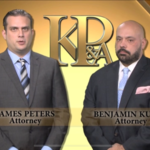