If you have been charged with assault in Maryland, you may not know what to do next. Facing criminal charges can be a nerve-racking and frightening experience, and the outcome of your case can have a substantial impact on your life. You don't have to defend against your charges alone; James Peters is dedicated to fighting for clients such as yourself to achieve the best possible result.

Maryland Criminal Law Code § 3-201(b) defines assault as "the crimes of assault, battery, and assault and battery, which retain their judicially determined meanings." Since the statute itself provides very little insight as to the definition of the crime, one must look at the historically established definitions of these laws to determine the meaning of these crimes.

"Assault" is generally understood as an intentional act by an individual that creates a reasonable apprehension in another person of imminent, harmful or offensive contact. It is important to understand that an assault doesn't need to result in physical harm to another person in order to be a criminal offense; the important element of assault is the intention to cause physical harm rather the harm itself. Therefore, you may face a charge of assault even if you did not physically injure anyone.

In contrast to the legal definition of assault, a "battery" is a physical act that results in harmful or offensive contact with another person without that person's consent. Battery, in other words, is the act which causes an individual's injury, such as hitting, kicking, stabbing, or shooting.

The state of Maryland separates assault into two categories, or "degrees," with punishments varying based on the degree of assault committed.

Assault in the First Degree

Maryland Criminal Law Code Section 3-202 deems the following actions to be assault in the first degree:

Assault in the Second Degree

Misdemeanor Assault in the Second Degree

If you have been charged with misdemeanor assault in the second degree, a conviction of such a charge could result in a possible fine of up to $2,500 and imprisonment for up to ten years.

Felony Assault in the Second Degree

Section 3-203 includes a separate section that prohibits anyone from assaulting an officer, agent, or first responder while they perform their job. Maryland law considers such an assault a felony charge. The statute dictates that "a person may not intentionally cause physical injury to another if the person knows or has reason to know that the other is:"

Section 3-203 further states that physical injury "means any impairment of physical condition, excluding minor injuries." Therefore, virtually any assault on one of the above-named individuals can land you a felony charge of assault in the second degree. A conviction of such an offense could result in a fine of up to $5,000 and/or imprisonment for up to ten years.

Defenses to a Charge of Assault

If you are facing an assault charge, it is important to contact an experienced criminal defense lawyer as soon as possible following your arrest. Your lawyer can determine whether any defenses or mitigating factors exist that could decrease the penalties you face. In some cases, certain defenses can even result in your charges being dropped altogether.

One of the most common defenses to a charge of assault is self-defense; in other words, you committed assault because you were protecting yourself from someone else that was causing physical harm to you. Say, for example, that you were charged with assault following a fight with another person. If the other person started the fight, you may claim that you fought back--thus committing assault--in order to protect yourself from any further physical injury.

If you claim that you were acting in self-defense when you were charged with assault, you will need to prove that defending yourself in the way that you did was reasonable given the circumstances. A criminal defense attorney can help you explain your actions and prove that your actions were necessary in order to prevent any further injury to yourself.

If you are facing a charge of assault in the state of Maryland, don't put the burden of defending your case in your own hands--your freedom is at stake. A conviction of assault can lead to hefty fines or, in the worst case scenario, years of imprisonment. Entrust your case to a competent criminal defense attorney with years of experience defending clients against charges just like yours. To speak with criminal defense attorney James Peters about your charge, fill out an online contact form or call 833-252-2256 today. 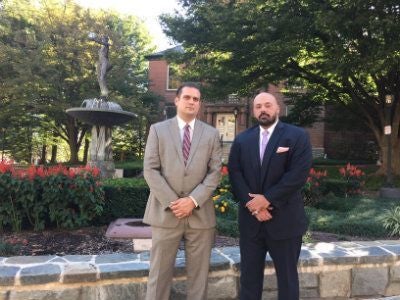